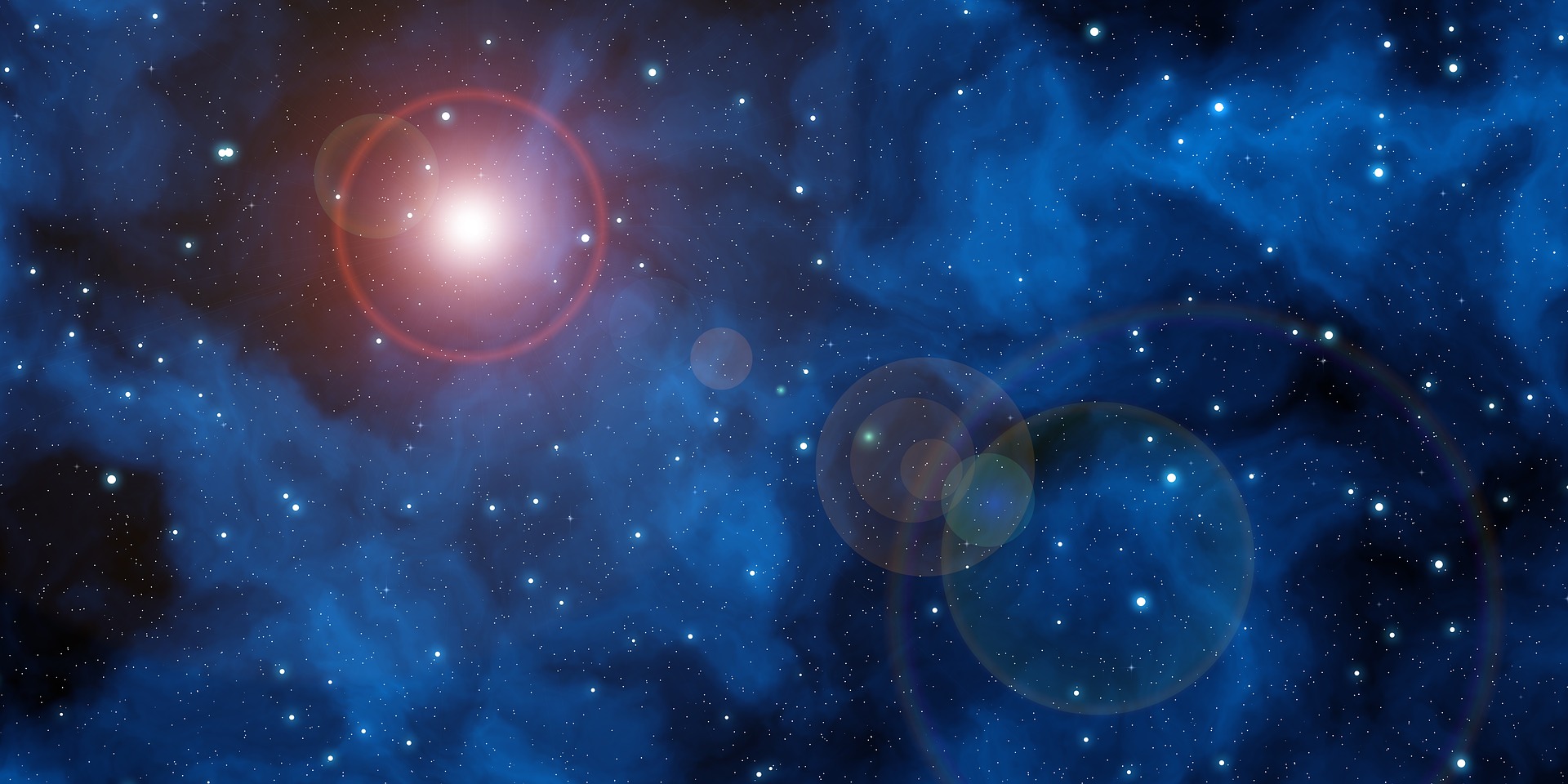 The third year of the Education and Training Foundation’s #APConnect programme culminated on 26th March in its most spectacular, energetic and empowering conference to date, truly justifying its flamboyant title: Spark(l)ing Constellations.

From the moment we checked into the conference landing page at 9.30 am, there was not a dull moment. With so much to do, see, share and learn – and at such a pace – we were soon all buzzing with the momentum, the personal involvement, the sheer weight of ideas and the variety that the day provided.

There were introductory videos. There were Flipgrids to create and share and periodic Typeform surveys in which we all participated. We were invited to make Mentimeter responses from our phones so we could all share who we were with others on the programme. We typed our comments into Chat. We shared on WhatsApp and Twitter and Facebook. We watched ourselves on screen. We raised our hands; we laughed; we saw the lights go on. We shared our thoughts in Thinking Pairs.

This was a day for and about APs and, with the spotlight on us, we rose, as one, to the challenge: educationalists, professionals, creatives, thinkers, activists, influencers, powerhouses of the future. This was the day we stepped into the light, knowing that we and the FE sector would never be the same again.

And more than that: the times we are in are a springboard. These are times of compassion and community from which we can learn. These are times when collaboration and interconnectivity are at their height and when energy is generated. There is no ‘gobackery’, only movement into a new world. And, in further education, APs lead the charge.

This palpable sense of purpose and collaboration, as captured by Lou and reinforced throughout the day, defined not only the conference itself but the shared values, aspirations and energy of the AP force.

The power of the APConnect constellations that have developed and grown over the past three years was a key driver for the conference. Lou described some of the activities of these vibrant networks, including:

The impact of this growing community was to enable APs to wake up  to the true impact of their role and to recognise that:

A process of reflexion and evaluation has been deeply embedded in the APConnect programme and is modelled as an essential research mode for APs.

Dr, Christine Donovan and Colin Forrest from the Co-Evaluation team outlined some of the thinking that had resulted from their in-depth evaluation processes. In particular, they had explored the changing nature of the AP role: the tensions and the means to effectiveness. What had become apparent was that the role had developed beyond the original 6 functions, identified in 2017, and was now characterised by:

Most significant in the findings was a clear and distinctive set of shared values common to APs that had come to define them and to shape their ways of working.

While literature can provide valuable evidence to inform educational practice, research through practice itself has become central to the AP role, being reflective, authentic, collaborative and meaningful.

The power of practice as a research and development tool was demonstrated through six AP-led presentations:

We’ll be adding the recordings shortly.

Thinking Pairs in breakout rooms were then invited to take turns in explaining their ‘freshest thinking’, following the presentation they had chosen to join. Then questions were invited and addressed by the presenter. 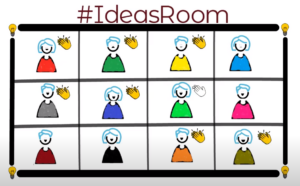 Even our 30-minute lunchtime was busy, with a video to prepare us for the immersive activity that was to follow. The message: enjoy a break but keep the momentum going.

And, after lunch, we gazed into the future. ‘Today,’ Lou said, ‘we will hold the largest Ideas Room ever recorded.’ And indeed we did. We explored the ideas of all APs on the programme.

‘Ideas’ are where all action for change begins.

We were all assigned to breakout rooms, where each, in our small group, took a turn to voice our idea and explain how we would like to progress it. In this way, we explored the ideas of all APs on the programme. And what a stimulating and dynamic launch pad for the future they made.

But this was more than just a collection of ideas. The APs also experienced the power of the Ideas Room as a central way of working. In the Ideas Room, the ten practice components of The Thinking Environment applied. Everyone had an equal chance to listen and be listened to without interruption. Most importantly, divergent thinking was welcomed. When you entered the Ideas Room, you were required to ‘leave role, rank and ego at the door’ so that all we heard, in the room, was the thinking of every individual present and all we did was either speak or listen and grow in our thinking. It showed the way to open the imagination. It prepared for a future in which possibilities were infinite. And it empowered participants by demonstrating their equal worth.

This session could have run and run, and all were still highly charged and animated as time brought it to a close.

The bowerbird has become a symbol of the AP programme. And there he was, blue as the sky on a summer’s day, reminding us of his search for shiny things, for things discarded carelessly, and for treasures simply waiting to be found.

We were invited, like the bowerbird, to go on a treasure hunt, exploring all that the programme could offer us and more. We looked at resources; we learnt how to use GIFs, or Wakelets, or Podcasts; we examined evaluations and case studies, we viewed artifacts and fruits of creativity. And our minds expanded.

The whole day, in fact, was one of treasures and creativity. Presentations were multi-media- based. Learning, we understood, can use every form available. We heard stories. We saw colour and animations and wordclouds. We listened to Bridget Bircumshaw reciting her wonderful poem, Hive, written for us. We admired artistry. And finally, we heard and understood the nature of all we do in story form.

The conference concluded with a ‘Story of the Day’ from renowned storyteller, Richard O’Neill. If we were sitting comfortably, he said, then he would begin.  His story, however, would begin at the end. This was because stories are not lines but circles. Circles move easily like wheels, rolling into the future; but lines get stuck. The end point, he said, was a wonderful FE environment – the most perfect any of us could imagine. The story was then how this came into being. And of course, it started with one person and one idea. From then, the action progressed through sharing of that idea, working with others, re-imagining the future, moving smoothly together – all on the same journey – trusting one another, eyes on what was ahead, constantly evaluating, using failure to create success, developing a culture, and rolling on into the future.

What Richard had witnessed through the day was an openness and honesty and a freedom from fear. APs had been liberated from the old constraints and empowered to work together to deliver change. He emphasised the importance of being ‘more human’, showing the whole person and not being afraid to fail, because failures are the building blocks of success. There was a profound feeling of empowerment for good.

The accolades from APs poured in on Chat, on Twitter, on WhatsApp, on Facebook. But unlike in many conferences where people go sadly home with the odd contact email address scribbled on a pad, here we all went away confident in the future, knowing that we were working collaboratively with others, that our communities would flourish and spread like the rhizomes of a bluebell, and that further education would never again be assigned to Cinderella status but blaze a trail into the future As a force for change, we felt energised and purposeful, empowered and professional.   And, as individuals, we celebrated our worth and equality.

So much learnt in so little time about ourselves, our communities, our professionalism and our potential. And so much of the nature of learning and influencing experienced in a single day.

The conference leader and overall designers were Joss Kang and Lou Mycroft, assisted by:

And a huge appreciation to Lou Mycroft who played every role under the sun.

News soon about Year 4 of the AP Development programme. In the meantime, if you wish to get involved…. )